The end of indian art

There exist situations to cry and laugh at the same time.

At the shop in monument valley we bought a nice vase of an Navajo artist – original indian art. It was not cheap – about 50$ but on the Internet there are offers with similar prices. BTW the same from German artists is cheaper, I guess 2/3 of the price. But hey, that’s fine with me if the indians earn some money.

At home my wife puts a bunch of tulips with some water in it and placed it in the living room. A vase is a vase and it’s made for flowers, we think. Half an hour later I entered the living room and need some seconds of desorientation until I understand what happened: The neck of the vase was on the floor and the couch table, the wooden floor the carpet and the couch are covered at least partially with dark red brown mud. 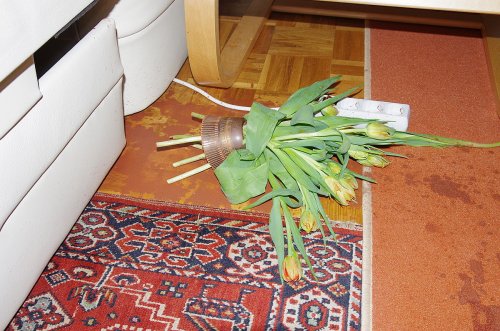 The neck of the vase has survived

From the vase only the neck has survived. All other has dissolved itself with the water to that mud. OK, this vase was not made for flowers who need water. 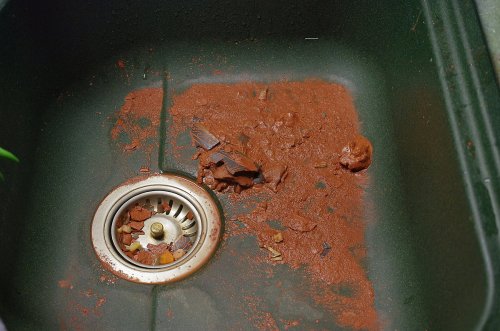 It took half an hour intensive work to clean the living room from the mud. We had luck, the stuff hadn’t given permanent damage due to the dark color.

What do we learn?

There may be cultural reasons why Navajos make and sell unburded pottery. But this experience fits well to the other. The US is a clean country. There are no such McDonnalds waste traces as we know it from here. With exception to the indian reservates. They look dirty and the plastic waste look like it had been there for years.

This entry was posted in Allgemein. Bookmark the permalink.