It was some days ago, but the current weather fits also perfectly to this pictures.

End of November Ilmenau had a terrible fog, but the webcam at our local mountain Kickelhahn had show bright sun. We are at about 500m over sea level, the mountain is 861m high.

My also photo interrested colleague Victor has looked deep into my eyes and already we were on the way.

Picking up photo stuff and going by car to the parking place half way to the top of the mountain was the easiest part. then, the sun was already very deep and so we were running the remaining 2 km on the top. 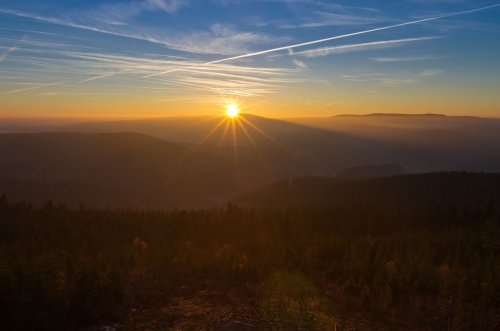 At the point in the sunset we arrived with collapsing hearts and lungs and enjoyed the view. 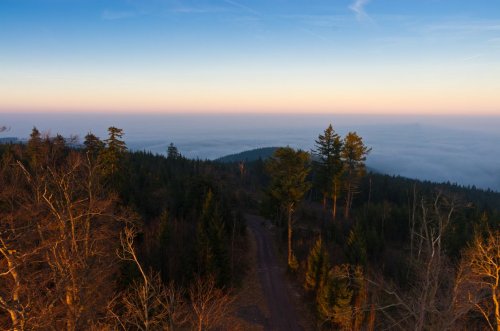 Beside the mountain the world sinks in fog

Where Ilmenau should be seen, there is only a sea of fog.

The top of the second highest mountain besides Ilmenau, the Lindenberg (780m) is just visible as an island in the sea. 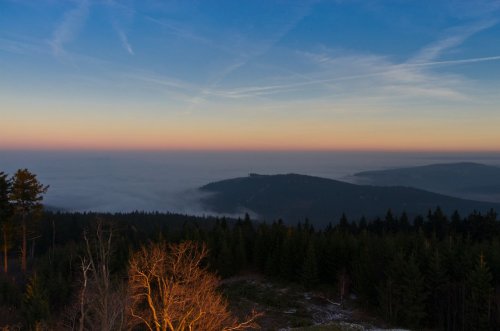 The top of the second highest mountain 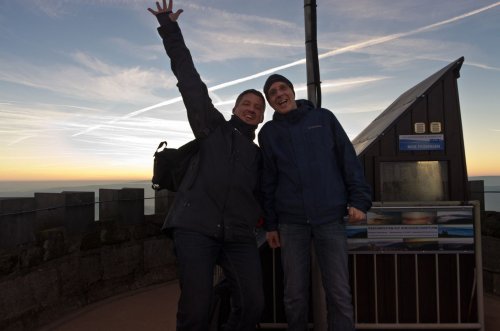 "The summiteer": Victor and I

90min after our spontaneous departure we were sitting again in the office.

Panorama view from the tower

Thanks to Victor for the processing of the photos.

This entry was posted in Foto, Touristik. Bookmark the permalink.